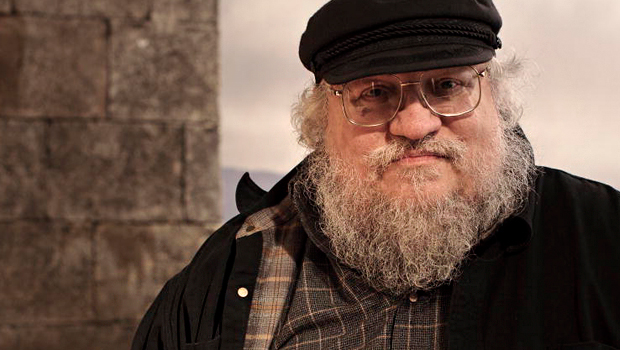 George Raymond Richard Martin — a modern American science fiction writer, screenwriter, producer and editor, the winner of many literary awards. In the 1970-1980th received popularity thanks to short stories and novels of sci-fi genre, literature of horrors and fantasy. He achieved the biggest glory for a cycle of novels published since 1996 in a fantasy genre "A Song of Ice and Fire", filmed by the HBO company as a popular TV series "Game of Thrones". These books gave the grounds to literary critics to name Martin "the American Tolkien". In 2011, the Time magazine included George Martin in the list of the most influential people in the world.

George Martin was born on September 20, 1948 in Bayonne, the State of New Jersey.

He attended Mary Jane Donohoe Elementary School and Marist High School in Bayonne. Since his childhood, he was fond of reading and was writing; he sold terrifying stories to neighbor’s children. In the senior classes he became the fan and collector of comics, and also started writing for amateur magazines.

At Northwest University in Evanston, Illinois, he received B. S. (1970) and M. S. (1971) in "Journalism". At the same time, he wrote and published the first story "The Hero" in the February 1971 issue of the Galaxy magazine.

In 1973-1976 directed chess tournaments for the Continental Chess Association.

In the 1980th he moved to Hollywood where worked as the screenwriter (for example, in the series The Beauty and The Beast), the editor (series The Twilight Zone), the producer (series Doorways) for long time.

He was married to Gale Burnick from 1975 to 1979, without children. Now he lives in Santa Fe, New Mexico.

Cycle “The Song of Ice and Fire”: